The night of Tuesday 7 April will be the The Night of Laylatul Bara`ah, the 14th night of the holy month of Shaban.

Another significant feature of the month of Sha`ban is that it consists of a night which is termed as “Laylatul-bara`ah” (The night of freedom from Fire). This is the night occurring between 14th and 15th day of Sha`ban. Traditions of Prophet Muhammad (saws), prove that it is a meritorious night in which the people of the Earth are attended by special Divine Mercy.

The 15th night of Shabaan is a very blessed night. According to the Hadith Shareef, the name of this Mubarak night is “Nisf Shabaan” which means 15th night of Shabaan. The reason for this special night to attain its name of Laylatul Baraa’ah, meaning the Night of Salvation, Seeking Freedom from Azaab and Calamity, is that in this night the Barkaat and acceptance of repentance may be accomplished. Laylatul Baraa’ah in Persian, as well as in Urdu, is called Shabbe Baraat.

It is the night of seeking pardon and repenting to Almighty Allah, remembering our past sins and sincerely settling the mind that one will try not to commits sins in the future.

It is very important to observe this night. To make an invitation to feed people on that night, to remember Allah and to remember His Prophet (saws), and to fast its day and pray its night, will be rewarded for that night and for whoever observes it.
In order to observe the Night of Bara`ah, one should remain awake on this night as much as possible. If someone has the opportunity, he or she should spend the whole night in worship and prayer. However, if one cannot do so for one reason or another, he can select a considerable portion of the night, preferably of the second half of it for this purpose, and should perform the following acts of worship: praying Salat ul-Khair, which consists of 100 raka`ts, in each raka`t reciting Sura al-Fatiha and 10 Surat al-Ikhlas. To complete the prayer one recites 1000 Sura al-Ikhlas.
The Night of Bara`ah is a night in which special blessings are coming. It is advisable before maghrib to perform the complete ablution (ghusul) and to pray two raka’t sunnah.

* See the article: “The Sermon Given by the Prophet (s.a.w.s.) on the Last Friday of Sha’ban”

Sayyiduna Rasulullah (sallal laahu alaihi wasallam) has stated: “Verily! Almighty Allah directs His Special Grace on the world on this Night. He forgives my Ummah more than the number of wool that is found on the sheep of the Bani Kalb”. We should remember that in those days the Bani Kalb possessed the most number of sheep that any other tribe.

According to the Hadith Shareef which is narrated by Ibne Habaan (radi Allahu anhu) that Rasoolullah (sallal laahu alaihi wasallam) said: “When the night of 15th Shabaan arrives spend the night awake and keep fast the next day”.

Hazrat Abu Hurairah (radi Allahu anhu) reports that the Holy Prophet (sallal laahu alaihi wasallam) said often in his Khutba (sermon): “O people! Lighten and cleanse your bodies by way of fasting during Shabaan, so that it shall be easy and helpful to you for the fast during Ramadaan. Who so fasts for three days during Shabaan, all his past sins are wiped off”. (Baihaqi) Fasting is also recommended on the 13th, 14th and 15th of Shabaan.

Also on this night the Doors of Mercy and Forgiveness are opened wide, and those who sincerely grieve over and repent for their past sins and seek forgiveness from Allah are pardoned and forgiven by the Grace of Allah the Merciful.

Hazrat Ghousul Azam, Sheikh Abdul Qaadir Jilani (radi Allahu anhu) has mentioned in his famous “Gunyat-ut Taalibeen” that the month of Shabaan according to some narrations is related to Rasoolullah (sallal laahu alaihi wasallam).

THE SPECIAL SIGNIFICANCE OF THE MONTH SHA’BAN AND THE DIVINE FORGIVENESS SENT DOWN IN THIS MONTH.

Allah’s beloved prophet hadrat MUHAMMAD {peace be upon him}said: “Sha’ban is my month,Rajab is Allah’s month and Ramadan is the month of my Ummah[Community]

Sha’ban is expiator, while Ramadan is the prufier.” Sha’ban is a month between Rajab and Ramadan.People tend to neglect it,but that is when the deeds of His servants ascend to the Lord of all the Worlds,so I would rather mine rose up while i am fasting.”

LAST MONDAY OF SHA’BAN.
Allah’s beloved hadrat MUHAMMAD{peace be upon him}said: “Anyone who fasts on the last monday of Sha’ban will be granted forgiveness.”

THE SPECIAL [IBADA] WORSHIP OF OUR PROPHET HADRAT MUHAMMAD{peace be upon him}IN THIS BLESSED NIGHT.

Hadrat Aisha{may Allah be pleased with her}said,once Allah’s Messenger{peace be upon him}asked me, “O Aisha,what night is this?”She replied, “Allah and His Messenger know best.”Then he said: This is the night of the middle of Sha’ban ,during which worldly actions and the deeds of mankind are carried aloft.In this night as numerous as the wool of the flocks of the tribe of Kalb,are the slaves of Allah, emancipated from the fire of hell. So will you excuse me tonight?” She said :” I said yes,So he performed his prayer like this : He held the upright position only briefly,and recited AL-Hamd and a short Sura then he stayed in prostration till middle of night .then he stood upto begin the second rak’at[cycle] with a recitation similar to the first,and then his prostration lasted untill dawn.”

Hadrat Ibn-e-Abbas {may Allah be pleased with him and his father}said: “In the night of mid Sha’ban ,Allah[Exalted is He] arranges the affairs of the year.He transfers[some of] the living to the list of dead,and records those who will make pilgrimage to the house of Allah,neither adding one too many nor leaving a single one of them out.”

For the people of Truth, the start of every year begins with Laylatul Bara’at. It is a night from
the greatest nights in the world!

For this blessed night where every wise decree is made clear, distinct. “…Kullu Amrin Hakimin”(44:4)

This night started a new year, in all the worlds. In this night everything concerning us is decreed,
distributed and encouraged or everything is delayed. This is mentioned about Laylatul Bara’at.

All our steps are not true steps because we are not taking Heavenly footsteps.

This means the order of Heavens and earth is under the command of Heavenly rules.

And therefore you cannot arrange your situation, your
doings. But correcting matters, speeding them up or delaying them, or changing them from
Heavens. And this is according to your deeds, you harvest what you plant. So be straight! This
is the order of Heavens.

And we went through Laylatul Bara’at last night. In this night every year is made distinct
every wise command. It is decreed for the servants of the Lord who are living in our times now,
in this world. The faithful ones carry responsibility but the rest of the people, who are not
believers in the Absolute Message of the Prophet (saws) of Allah (swt), are not responsible.

Blessed Laylatul Bara’a to all of us!

When you respect Allah’s Divine rights and limits, He (swt) will protect you. This is an ocean.”

*THE NIGHT OF FORGIVENESS (LAYLAT UL-BAR’AH)*

Tonight is a holy night, the night of the 15th of Sha’bān. It is the night of kandil. The fasting takes place tomorrow, insha’Allah, but it is possible to fast today and tomorrow. Whoever is not fasting it today may fast tomorrow. What will happen to us within the next year is determined tonight. One’s provision (rizq), health, welfare, one’s life and whether one will survive throughout the year are determined tonight. Therefore between maghrib and ‘isha one should read Surat Yasin three times, [once] for one’s life to be good and long, [once] for a good healthy faith, [and once] for one’s welfare. There are specified prayers for tonight, [and] if done with a group it is better. If it is not possible to attend the group, then one must read Surat Yasin three times between maghrib and isha prayers.

Allah can change what is written or leave what is written as it is, therefore we should pray for it to be good, [and] if something bad is written may it be changed to good. Allah gives this opportunity to His servants tonight. He can change it for them. He is capable of doing everything. Nothing is difficult for him; He can change things as He wishes. That is why He, Allah ‘azza wa jalla, accepts the prayers of those who plea to Him. Therefore this holy night is an important one. With this awareness, we will value this night, will do all that is required, then will pray 100 rak‘āt of salah until fajr prayer. This is also to be done.

There is only one hundred-rak’āt prayer done per year. This prayer becomes the means to strengthen their faith. Do not say a hundred rak‘āts is too much, Hadrat Rabia Adawiyya, used to pray a thousand rak‘āts a night. When there is a hundred rak‘āts of prayer people think twice, wondering how they are going to do it. In fact, some Friends of Allah pray all night long. Some others are like Hadrat Rabia Adawiyya, may Allah be pleased with her, she prayed a thousand rak‘āts every night.

This is why it is good to pray this hundred rak‘āts. It also can be counted as a substitute for missed prayers, or for those who have not missed prayers it becomes the mean for closeness to Allah because the prayer is when one is closest to Allah. If tonight both reading Surat Yasin a number of times [and] these prayers are done insha’Allah, for  all those who fulfill these in faith, it will be good for them. Allah insha’Allah accepts their worship. May Allah blessed the night.

Blessed nights are good opportunities for us. Allah ‘azza wa jalla bestowed upon us these opportunities, [and] caused us to know their value. May Allah bless it.

Many hadiths have been narrated extolling the virtue of the 15th of Sha’ban.

Amongst them is the narration of Sayyiduna Mu’ad ibn Jabal (radiallahuánhu) that Rasulullah (sallallahuálaihu wasallam) said, ‘Allah Ta’ala turns to his entire creation on the fifteenth night of Sha’ban and forgives all of them except one who ascribes partners to Him and one who harbors enmity in his heart.’ (This hadith has been recorded by Imam Tabrani in his Mu’jam al-Awsat hadith 6776 and mu’jam al-Kabir vol.20 pg.108-109)

Imam ‘Ata ibn Yasar (rahimahullah) –the great Tabi’i- said: “After Laylat al-Qadr, there is no other night in the year that is more vitreous than the middle (15th) night of Sha’ban” (Lataif al-Ma’arif, pg.197)

Hafiz Ibn Rajab (rahimahullah) has quoted Imam Shafi’i (rahimahullah) to have mentioned that duas are accepted by Almighty Allah on the 15th of Sha’ban. (ibid, pg. 196)

Note: Together with duá and istighfar (seeking forgiveness from Allah Taála), on this night one should engage in any act of worship that one feels comfortable with. 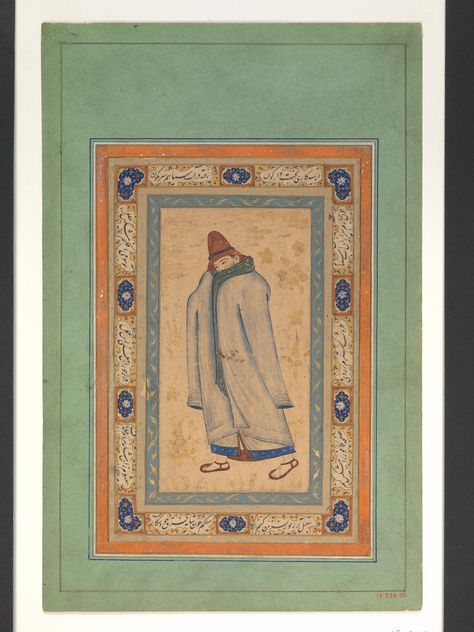 Instead of seeing what has been taken away from you, turn it the other way around, see all that has been given […] 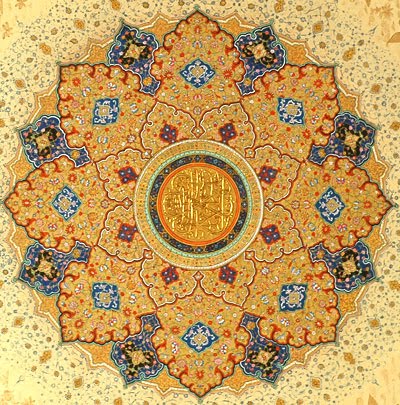 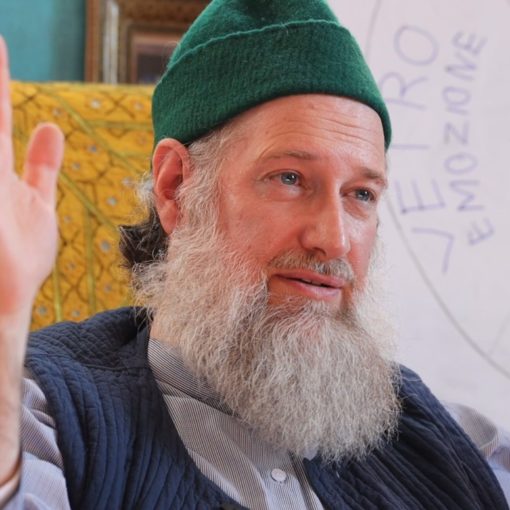 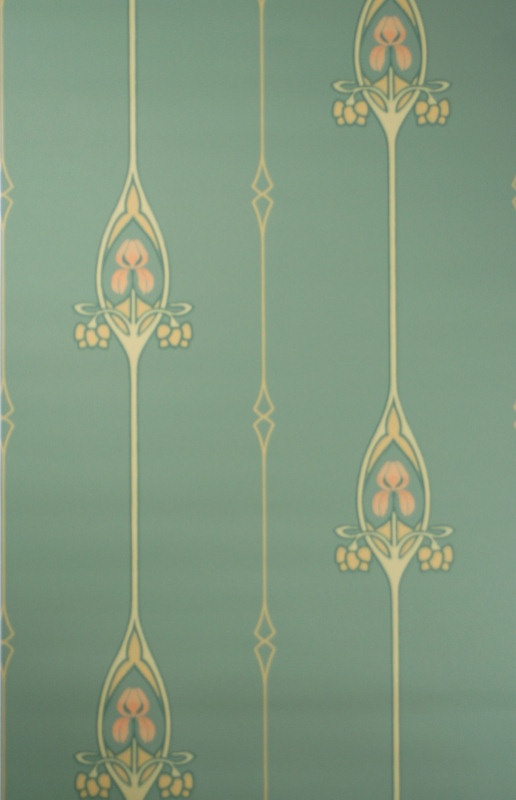 The heart comes first. The heart carries our lives and the life itself is the Divine. Sheikh Burhanuddin Herrmann